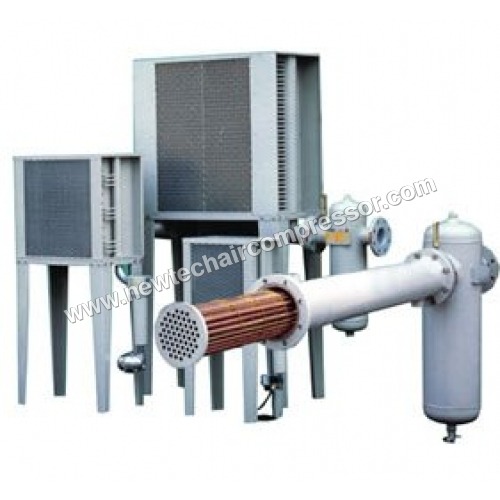 The compressed air discharged from an air compressor is hot. Compressed air at these temperatures contains large quantities of water in vapour form. If this is not removed, much of it will condense in the distribution system and cause expensive damage to all the equipment and processes, which use the air. As the compressed air gets cooled in the after-cooler, where the cooling media is the ambient air or water from a cooling tower, the water vapour condenses into a liquid form. As an example if an after cooler is not used, a 200 SCFM compressor operating at 7bar(g) introduces 170 - 240 liters of water into the compressed air system each day.

i) WATER COOLED AFTER COOLER